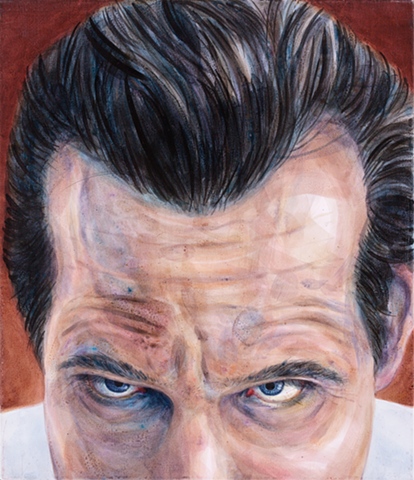 Jason Teraoka, a Hawaii-based artist, turns to movies from the 50’s and 60’s as the inspiration for his paintings about contemporary society and its inhabitants. His subject matter—passersby on Honolulu city streets, tchotchkes plucked from the swap meet, images culled from books and television—passes through his obsession with the milieu of the mid-century. The resulting paintings are modern-day souvenirs from a bygone era: at once familiar and strange, real and fictional, nostalgic and new.

The narrative qualities that persist in his work can be attributed to his fascination with movies, but, in Teraoka’s world, there is no denouement. Characters and objects insinuate their involvement in plotlines, yet are suspended in a single moment in time. For Teraoka, the past is the ideal window into the present.